A blockbuster report on gun violence in Minneapolis, MPD plans for drones, and a 5G tower protest 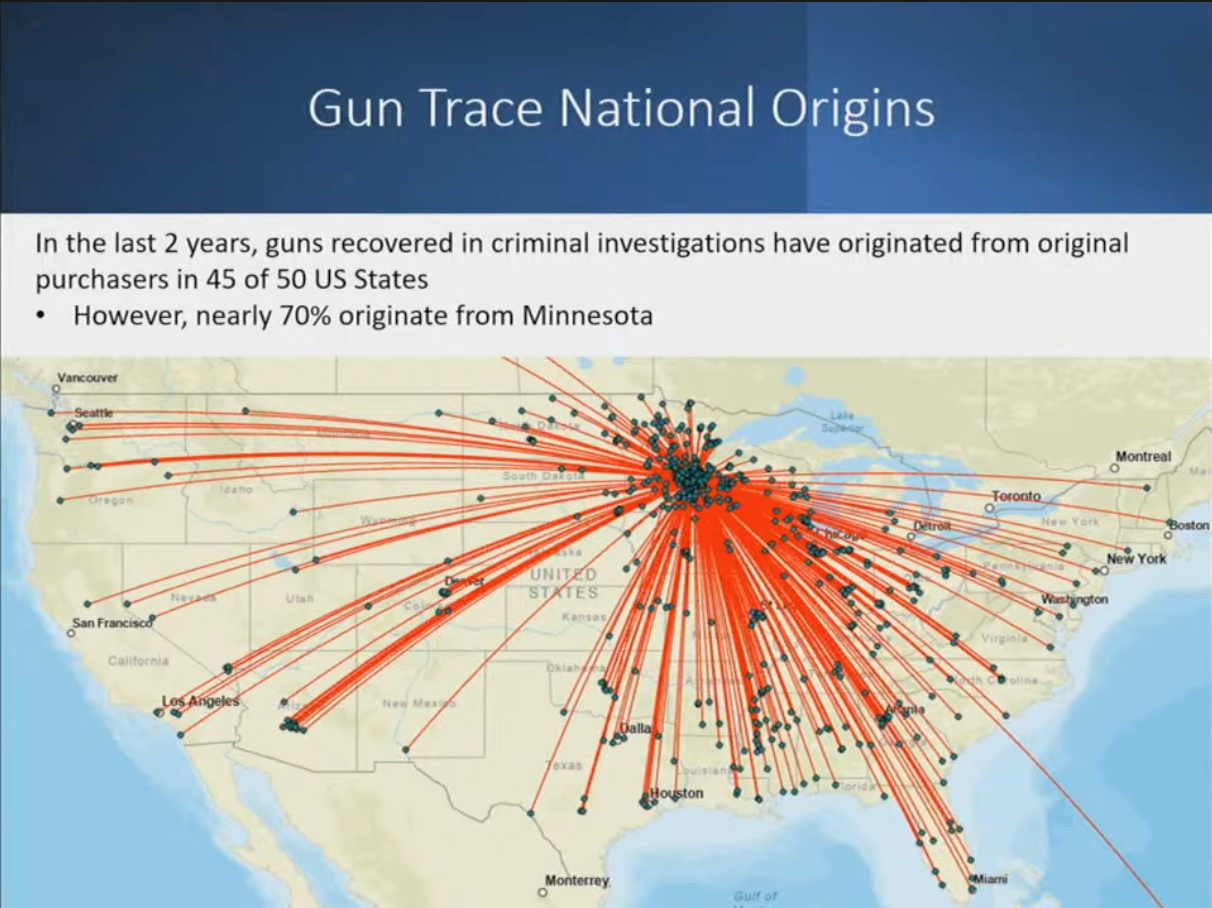 Here are a few places where guns used in crimes are coming from/going to.

The City Council's Public Health and Safety Committee met yesterday and reviewed a presentation on gun violence and violent crime that shed light into the current situation in the city.

Here are a few points from the report (there are a lot of numbers here, but also lots of important stuff):

You can find a full set of citywide crime statistics here. You can watch the presentation to the committee here. At the 28 minute mark, there's a lengthy discussion of how the department is attempting to tackle the gun violence problem, including collaborations, data, and analytics.

Melody covered a story about Kingfield residents pushing back against Verizon 5G towers being installed in their neighborhood. Their resistance includes an effort to physically block the installation of the towers, resulting in Verizon calling the police, according to the activists.

The Public Health and Safety Committee also discussed the police department's use of drones. You can watch the discussion here. Councilmembers Vetaw and Palmisano clarified that the use of drones by the department is already authorized by state statue and there will not be a vote on the proposal. Representatives from the department further emphasized that they have already chosen to use drones, and that it will be happening. There will be a public comment period, including a public hearing scheduled for August 24th.

Some jerk broke the windows at Colonial Market in Whittier. Colonia Market is featured (by you!) in our Whittier Neighborhood Guide. If you can, make an extra shopping trip over there to support a beloved community institution. (WCCO)

A detailed look at how each precinct in the city voted in the 5th district Congressional race. (Star Tribune)

If you really want to capture the political dynamics of the city, compare the precinct map to the maps from the last city election (especially Question 2) and the 2020 presidential primary results. There's a lot of overlap between the Biden/Samuels/No On 2 coalitions. The key swing areas of the city have emerged – much of the Northside, the Hiawatha/Longfellow area, and the Phillips neighborhood area. Most of these swing areas voted for Ilhan Omar and Bernie Sanders but voted No on 2. (Minnesota Reformer, Star Tribune)

A new feature on the shop inside of Khâluna. (Mpls.St. Paul Magazine)

The Public Works & Infrastructure Committee will be meeting at 11:30 a.m. Here's the agenda. They'll be discussing a grant for an electric fire truck and progress on the city's 2021 investment in its streets, including 11.3 miles of improved pedestrian infrastructure, 7.6 miles of protected bike lanes, and 156 intersection upgrades.

Two of the three Bde Maka Ska beaches are still closed because of high levels of E. coil in the water.