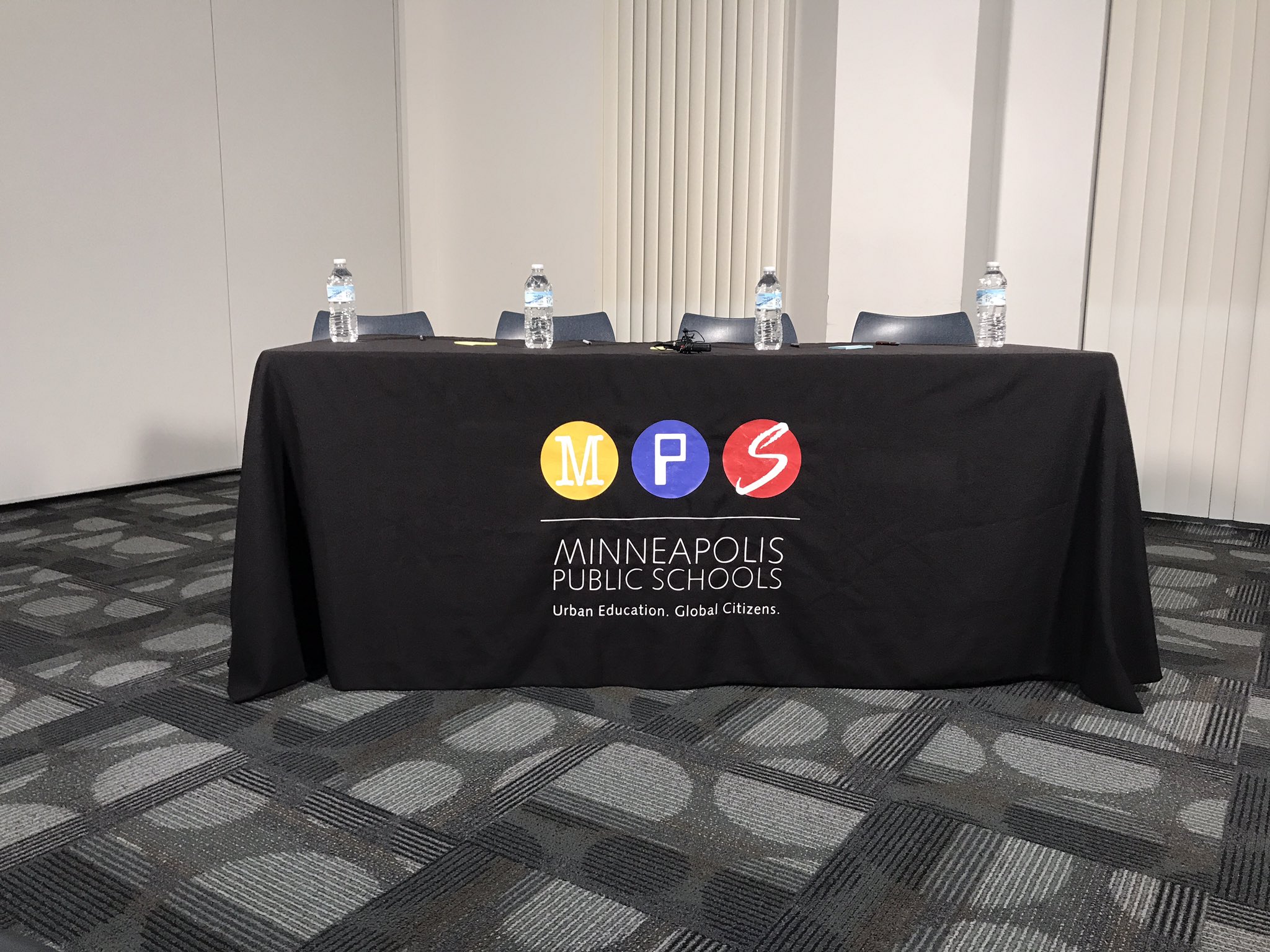 Editor's note: the email version of this newsletter erroneously quoted Chair Ellison stating there is a $9 million state surplus. It is a $9 billion surplus. This was our error, not Ellison's.

Last night, the Minneapolis Public School Board executive committee held a short press conference to update the press on negotiations between MPS and the Minneapolis Federation of Teachers and Education Support Professionals.

Board members repeated updates they have given before, which included offering classroom cap sizes at schools with the “highest needs” and a 9% average pay increase for education support professionals. MPS Board Treasurer Kimberly Caprini said that MPS is at its financial limit at the bargaining table and any further permanent spending would not be responsible by the board. Here is the MPS website where the district’s offers are outlined.

“We have provided a proposal that significantly increases our spending,” MPS Board Member Kimberly Caprini said. “We are doing this in recognition of the extraordinary work of our staff over the last two years, despite the financial risk. If accepted, we’ll have to make other drastic cuts unless the state provides additional funding in the next two years,” MPS Board Member Kimberly Caprini said.

MPS School Board Director Kim Ellison added later, “Like many of you, we are disappointed that the state has not provided additional funding, despite the $9 billion surplus.”

The board members did not take questions. I inquired about discussions MPS has had with the state legislation and was told that no information could be shared.

The teachers and ESP union issued a statement after the MPS press conference. “MPS negotiators refused to bargain today and instead of engaging in the mediation process sat in a room for six straight hours. This is not a way to settle a contract and this strike. We spent the day working on proposals and were ready to respond to MPS but they didn’t even show up.”

Charlie spoke with State Rep. Frank Hornstein about his work as the chair of the state's House Transportation Committee, his dedication to investing in transit, how bus rapid transit will transform the city, Southwest Light Rail, and his thoughts on public safety.

On pedestrian safety: "We had a hearing recently where we talked about the increase in pedestrian deaths and injuries, and how those are disproportionately BIPOC people. We have to really tackle this issue, and it's very important not only in our district, but also statewide – we have to focus on safety."

On Southwest Light Rail: "In July, when the first cost overrun of 200 million dollars was announced, we were alarmed and concerned... We are leaving no stone unturned... and we may see legislation coming out of this."

Urban Skillet, the newest restaurant to open up in the bustling Hennepin Ave. S corridor, has seen immense success. So much so, that our reporter Abdi Mohamed couldn't even get in to have a meal on opening day. Mohamed went back when it was slightly less busy to try the food and talk with owner MJ Mohammed.

-
We will be hanging out in Whittier tomorrow for our neighborhood listening tour.  Here is the schedule:

Please join us at any of these stops. We will be thrilled to see you.  During the tour, I will be posting to our Instagram story if you want to keep up with where we are.
Do you know a spot in Whittier we should hit up on our tour schedule? Do you want to share some news about your neighborhood? Text us at 612-204-2887.

Southwest City Councilmembers Aisha Chughtai and Emily Koski are supporting a resolution to support Starbucks workers who are trying to unionize. (MinnPost)

Representatives from Doran Companies, the architecture/construction group behind the Seven Points (formerly Calhoun Square) project, presented its updated plans at the LHENA Community Development Committee meeting.  You can watch the presentation here. (LHENA/Twitter)

MPR News looked into the challenges of improving air quality in school buildings, which has become a major point of concern during the pandemic. (MPR News)

Rep. Ilhan Omar is joining Minneapolis educators, students, and families at the Davis Center for a rally today from 12-2 p.m.

If you are interested in applying to be on Charter Commission, attend an info session tomorrow or March 21. The sessions are hosted by Josh Martin (who wrote about the Charter Commission last week), Erica Mauter, and Amity Foster. Know someone who you think would make a great Charter Commission member? Enter their name and email at the bottom of Josh's piece and we'll send them a note encouraging them to apply.

Muddy Paws is hosting it's 8th annual Pi Day with $3.14 slices of their amazing cheesecake plus the Bad Rooster food truck, so you can counter the sugar with some chicken wings. This events looks worth the trek west.

Review this list of the best pies in the Twin Cities and go treat yourself to slice today. May we suggest South Uptown's Black Walnut?