New board leaders and budget discussions at recent school board meeting

Minneapolis Public Schools Board of Education voted in an interim superintendent and at-large board member. 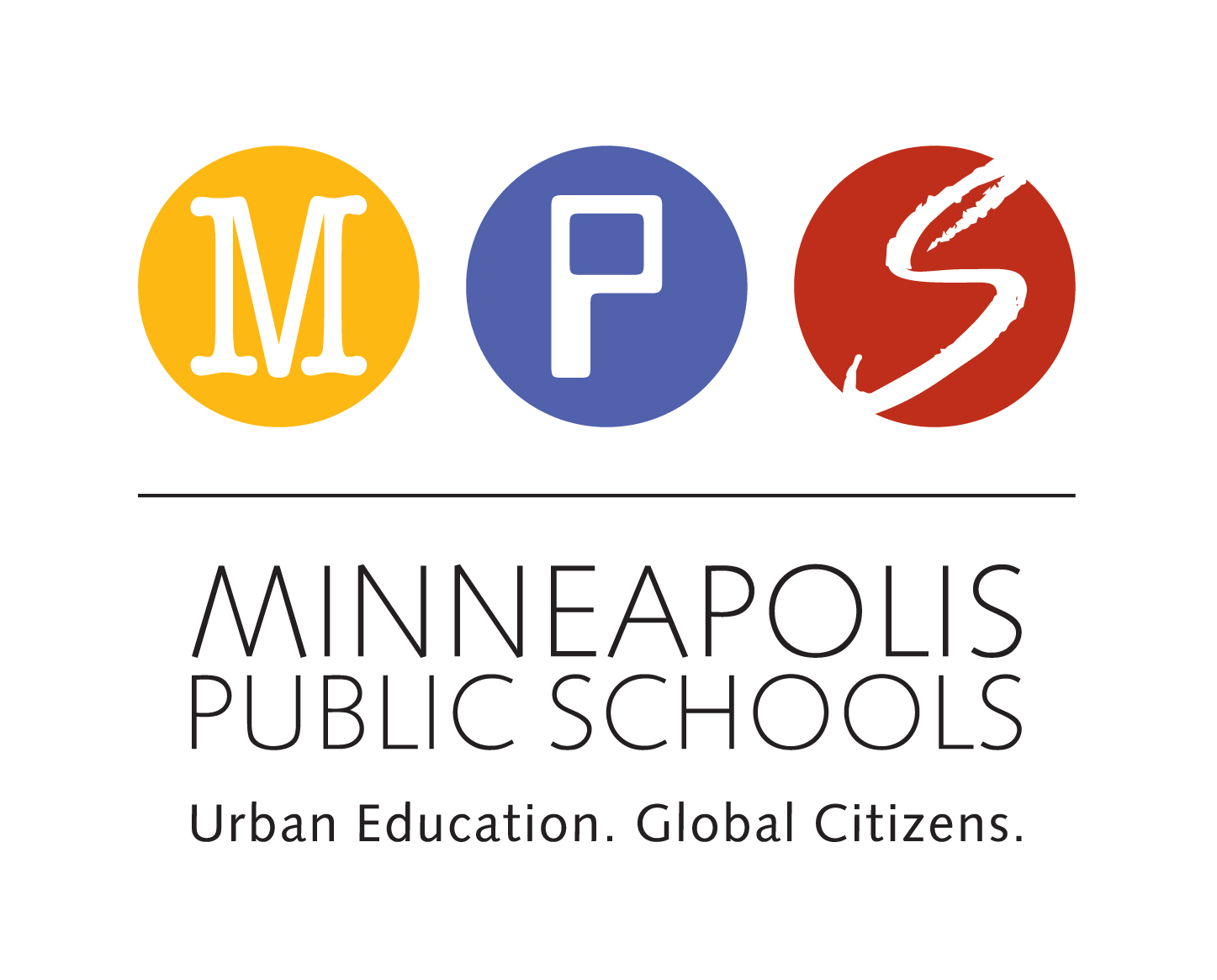 After meeting for more than three hours on May 10, including nearly an hour of public comments, the Minneapolis Public Schools Board of Education voted to approve six collective bargaining agreements, declared three buildings as surplus property, elected Cynthia Booker as the interim at-large school board member, and approved a contract for Rochelle Cox to become the interim superintendent. In addition to these votes, the board heard a presentation from Senior Finance Officer Ibrahima Diop on the district budget and its plan for $159.6 million in federal COVID relief funds.

In 2022-23, the district projects an $86.2 million budget gap. The district will close this gap by using a combination of $59 million in COVID-19 relief funds, the assigned fund balance, and a 5% budget reduction to Davis Center administration departments. School building budgets were increased overall by 1% in a second round of budgeting after the tentative agreements were reached with the Minneapolis Federation of Teachers Local 59 at the end of March. Southwest Voices has previously reported details of the budget reductions to Davis Center departments and other budget details presented at the May 3 Finance Committee meeting.

The board took several votes Tuesday night, all unanimous, except the vote to approve the new interim board member, Cynthia Booker.

The six collective bargaining agreements that the board approved include the contracts with MFT teachers and education support professionals that ended the three-week long strike in March. The other contracts were for Service Employees International Union Local 284, Food Service; Minneapolis Federation of Teachers Adult Education; Minneapolis Principals Forum; and the Ground chapter of Minnesota Teamsters Public Law Enforcement Local 320. The board also approved the Non-Represented Employees Compensation Plan for district employees who are not represented by a collective bargaining agreement.

The resolution to declare the MPS properties of Willard, Gordon and Tuttle sites as “real surplus property” was passed by the board. It was first presented to the board at the April 26 Committee of the Whole meeting. This resolution allows the district to list these properties for sale or lease. At the April 26 meeting, Senior Operations Officer Karen DeVet shared the requirements and priorities MPS has for selecting a lessee or purchaser for these properties, including the requirement that the intended use not be contrary to the district’s mission.

With the majority of four votes, Booker was appointed to fill the seat.

At the meeting the board appointed Rochelle Cox as interim superintendent.  She was previously the leader of the special education department and is currently serving as the associate superintendent for elementary schools. She will serve when Superintendent Ed Graff departs at the end of June after six years at the helm of MPS. The board will conduct a search for a permanent superintendent over the coming year. Southwest Voices has reported previously about the many leadership changes happening within MPS over the next nine months.

The district will continue its programs to diversify and expand the pool of licensed teachers. This is a reversal of cuts proposed at the May 3 finance committee meeting.

One notable change to the proposed budget reductions since May 3 is that the “grow your own” programs will be fully restored. After initially proposing to cut these programs that are designed to expand and diversify the pool of qualified teachers, particularly teachers of color, Diop said those programs will all be restored. These programs include the district’s licensure program, the Minneapolis Academy to license ESPs with or without a current BA degree, the residencies for special education and elementary education, and the high school teacher pathway program at Henry and South High School to prepare current MPS high school students to become future teachers. Interim Senior Human Resources Officer Candra Bennett confirmed to Southwest Voices that these programs will be fully restored.

The district will also expand its K-2 literacy partnership with Groves Academy next year.

Caprini also shared that the literacy partnership with Groves Academy will be expanded next year to all grade K-2 classrooms. Senior Academic Officer Aimee Fearing told Southwest Voices that there will be a presentation on the data from the current partnership sites at the May 24 committee of the whole meeting.

“MPS is looking forward to continuing our Groves Literacy Partnership in the upcoming year and expanding based on district and Groves capacity,” Fearing said.

MPS is cutting 5% from administrative departments at Davis Center and increasing allocations to schools, overall, by 1% next year.

When the district sent allocations to schools in February, it anticipated a $59.1 million budget gap. After reaching tentative agreements with MFT teachers and ESPs at the end of March, the district estimated that the ongoing additional costs of these contracts will be $27.1 million per year, bringing the budget gap for 2022-23 up to $86.2 million. The district plans to reallocate COVID-19 relief funds, or ESSER funds to pay to maintain current staff, cut administrative departments by 5%, and use a portion of its assigned fund balance, which is mainly revenue from the class size referendum levy, to close the gap.

“That 5% cut [to administrative departments], anything that can, will be sent back to our schools to minimize any impact on our students,” Diop said. Because of these cuts to administration, the district is able to increase school allocations overall by 1%. Previously, the district had anticipated cutting the allocation to school buildings by 3% to close the budget gap.

When board members, including Ellison and Inz, were questioning Diop, they seemed to conclude that any cuts happening at the schools are solely the result of revised enrollment projections, District Spokesperson Julie Schultz Brown told Southwest Voices that is not the case.

“The budget reductions are occurring because of the impact of wage increases, projected enrollment reductions at the school, reduced Title I and Compensatory [Revenue] funding, [and] the costs of counselors and social workers as part of the new contract,” Schultz Brown said.

All of the ESSER COVID-19 relief funds will be spent by the end of the 2023-24 school year. The district will have to find another way to close its structural budget deficit in 2024-25.

The drop from 2019 to 2021 is a 11.6% decline in students. The loss of 3,803 students represents approximately $6800 per student, which adds up to over $25 million in basic per pupil funding from the state of Minnesota a year. The total loss in funding to MPS is likely higher because some students, such as those qualifying for free and reduced price meals, also receive additional per pupil aid. Examples of these other forms of per pupil funding are Title 1, and compensatory revenue.

Diop responded, “ESSERIII is set to sunset on September 30, 2024, so in years beyond that we will have to make budget cuts to close the gap because we will not have those funds to pull from.”

Inz asked additional questions about how this relates to conversations the board had during contract negotiations withthe educators union during the strike.

“Are these costs already accounted for in the contracts, budgets already?” Inz asked Diop, noting they had discussed using ESSER funds to cover some of the additional costs of the new contracts.

“No, we did say at the beginning that there is a limit, an amount the district cannot afford,” Diop said.“When you’re looking at … the rate of growth in your revenue of 1% or 2% and the salary [rate of growth] is higher than that, maybe 2% or 3%... That means right now we can use ESSERIII funds to [cover the gap] but absent ESSERIII funds we wouldn’t have any money to pull from. The $27.1 million is a yearly increase in our budget,” Diop responded.

“This time two years from now… when you’re doing the budget, people are going to have to figure out how this will happen?” Inz clarified. “Yes,” Diop responded.

The Finance Committee will meet on May 31 at 5 p.m. at the Davis Center to discuss the individual school budget allocations. Finance committee meetings are not livestreamed but people can attend them in-person. The full board will meet again on May 24 at 6 p.m. at the Davis Center for a Committee of the Whole meeting on academics. There are no public comments or board votes at Committee of the Whole meetings. At the June 14 regular business meeting, the board is expected to vote on the budget resolution for the 2022-23 school year. 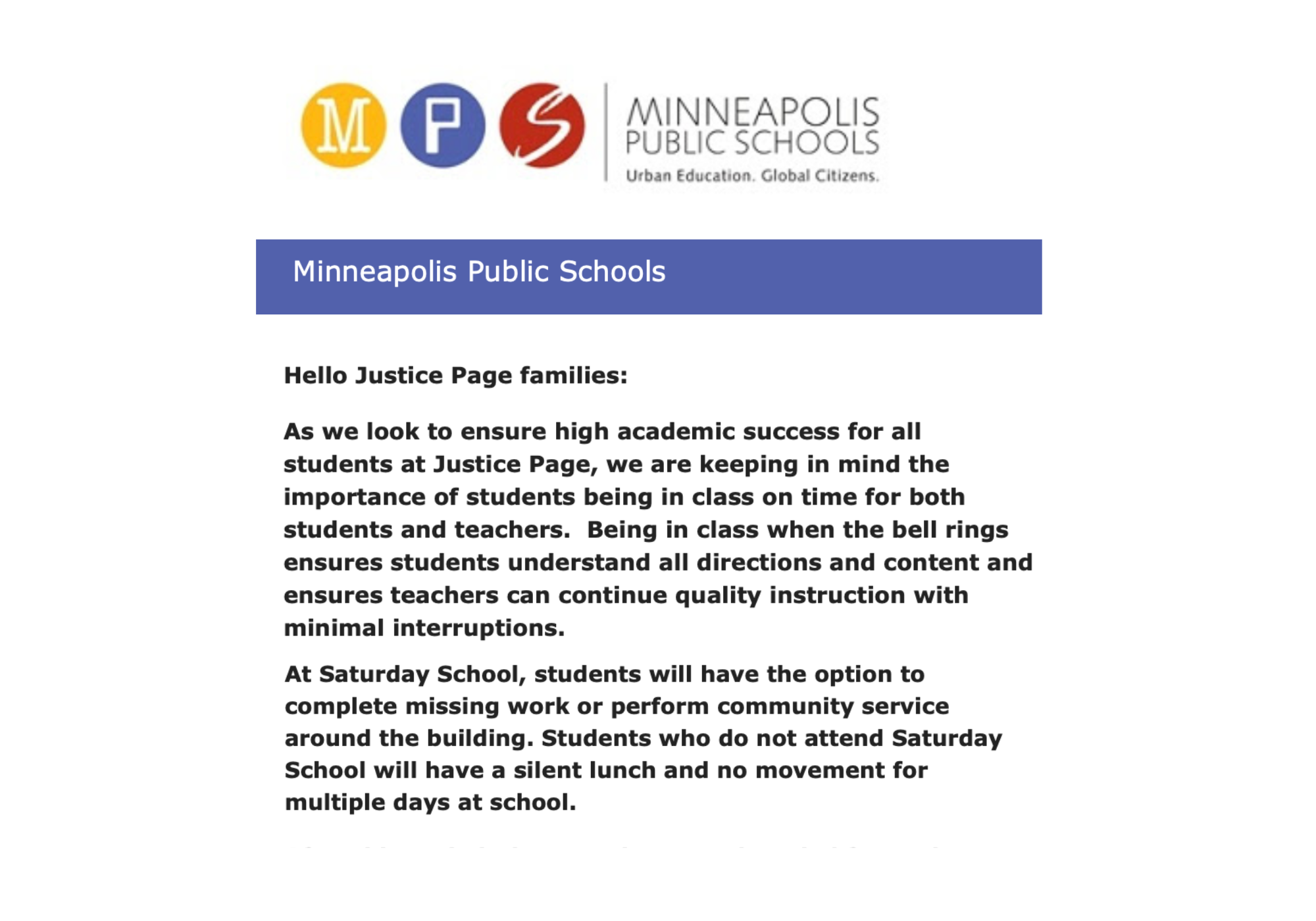 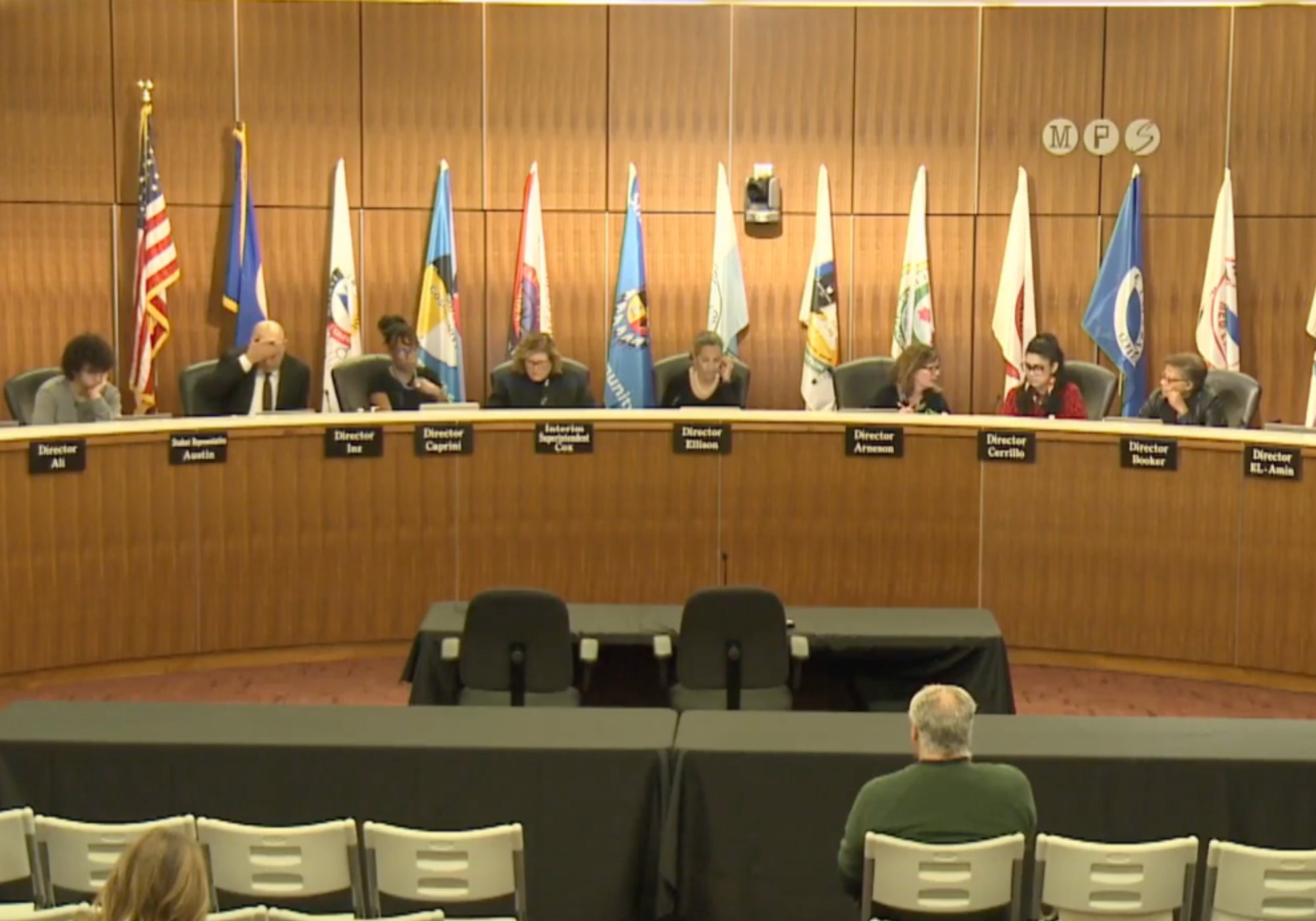