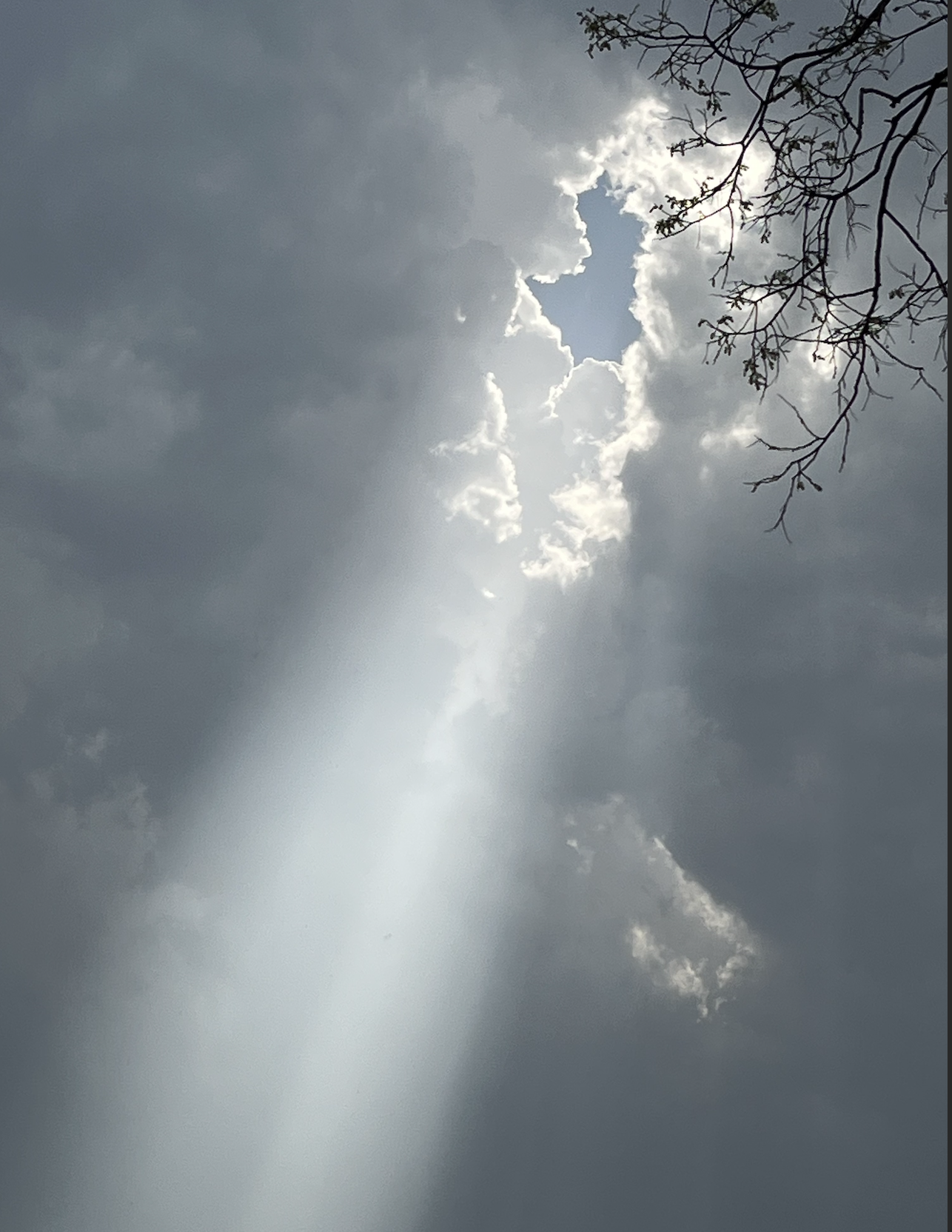 A sunbeam shines through a storm cloud in Whittier on May 9. Photo courtesy of Jon Hoffmann.

Correction: a previous version of this newsletter named Lynne Crockett as the new at-large MPS school board member. We apologize for this error.

Last night the MPS Board of Education voted in Cynthia Booker to fill its vacant at-large seat and Rochelle Cox as the district's interim superintendent. Booker will begin her term right away and Cox will assume her role when Superintendent Graff leaves his position at the end of June.

Ch-ch-ch-changes, maybe. Melissa Whitler wrote an article about the leadership shifts that the district is seeing, including city-wide elections for open MPS school board positions.  The MFT 59 teachers chapter is currently holding an election for union leadership positions. Union members are voting on whether to elect the incumbent leadership or a new slate of candidates who call themselves "The Coalition for Truth." Voting for union leadership ends May 14.

“It’s not just for this group or that group. It is for home,” Tomme Beevas said. “For you to come home, for everyone to come home and feel that same joy that one would feel when they land in Kingston and Montego Bay, Jamaica. Like a weight has been lifted off.”

Anna Koenning spoke with the owner of Pimento about the beginnings of his business, and his philosophy of working within and among Minneapolis communities. And Pimento hot sauce will soon be available at Target!

A newly installed "Dream Court," aka the coolest basketball court I've ever seen, was celebrated at Hall STEM Academy. The court was built in partnership with the NCAA's Women's Final Four that was held downtown Minneapolis last month. (NCAA)

Michael Sack of Minneapolis Sidewalk Repair Hunters, and a contributor to Southwest Voices, was recently on Disability Viewpoints. His segment starts at 2:15. (YouTube)

The Minneapolis and St. Paul International Film Festival is underway and there is a host of Minnesota-made films to check out. (MSP Film Society)

Metro Transit is holding a job fair today from 4-7 p.m. for full-time positions.

Mayor Jacob Frey is hosting a Community Safety Work Group Engagement Forum at 5:30 p.m. The work group is looking for input on recommendations the community would like to see brought to the mayor, steps MPD can take to improve its culture and be more transparent, steps to increase diversity of officers and MPD staff, and ideas for violence prevention and intervention programming. Attendees will be able to share their thoughts directly with work group members.

The Park Board is meeting scheduled for tonight has been cancelled.

Speaking of cancelled meetings, a promised follow up to the Met Council meetings cancelled this week. Bonnie Kollodge of Met Council Communications said, "Meetings are sometimes cancelled when a more immediate decision on a matter or matters isn't needed, possible, or required. Sometimes matters can and should be on hold until the next scheduled session. Given the part-time nature of these positions we want to ensure time is used efficiently."

Honor your Husky dog at Unleashed Hounds and Hops tonight.

If you'd rather flex your sci-fi knowledge, head over to Driftwood Char Bar for Star Trek trivia (TV series and the films).