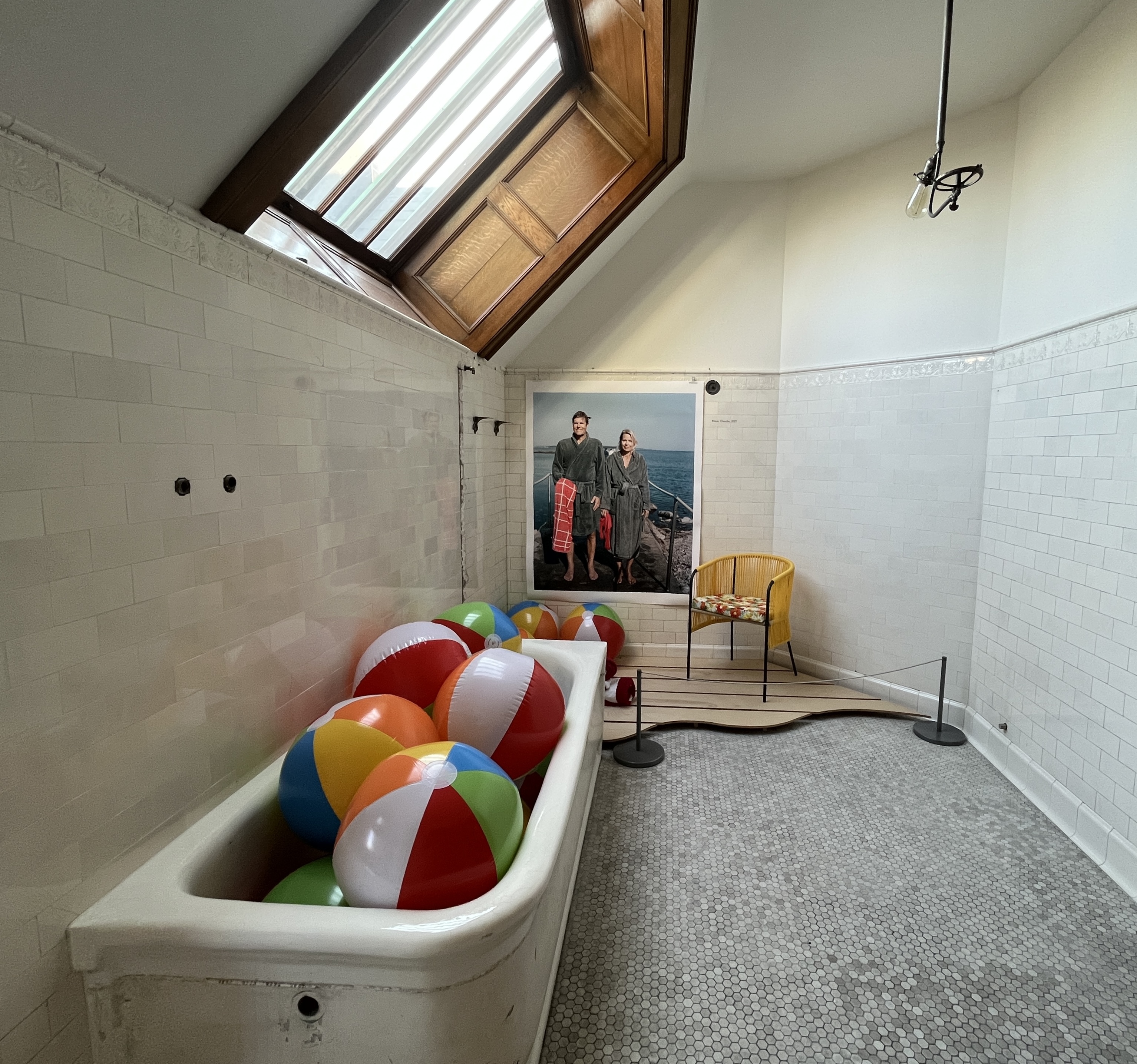 A small room in the American Swedish Institute Turnblad Mansion featuring part of "The Morning Dip" exhibit on display through October.

Anna Koenning wrote about her experience looking for apartments in Whittier and Stevens Square-Loring Heights. Her piece includes advice for anyone looking to rent including walking around the neighborhood and chatting up the locals.

There is a public hearing today about the Minneapolis Police Department's use of drones to patrol the city. The hearing is part of the Public Healthy & Safety Committee meeting, which starts at 1:30 p.m. in the City Council chambers at City Hall.

The decision to use drones has already been made so no action will be taken by the Public Healthy & Safety Committee.  Residents can also leave comments online.

Waaay back in March, we covered the Minneapolis Public Schools educators' union agreement with the district about protecting teachers of color from layoffs. The agreement is now getting national news coverage because of a lawsuit filled by Justice Watch, a conservative legal group, arguing the agreement is "racist and unconstitutional discrimination against white people." The Star Tribune also has a story up about it.

We will keep an eye on this story and let you know of further developments.

Loon Deli & Smoke Shop on 25th and Lyndale Ave. S. is closing at the end of the month (Racket).

The city released its latest "Minneapolis Minute" to catch you up on what the city's government is up to. It's like a news brief, but from the city (City of Minneapolis).

Pickleball courts are sprouting up, with one planned in Loring Park soon (Axios).

The public has access to data about stops made by the Minneapolis Police Department. The Stops Dashboard includes data on suspicious person stops, traffic enforcement, and curfew stops. You can search the Stops Dashboard using location and/or date ranges starting from Oct. 31, 2016.

A list of teachers on the Minneapolis Reddit page with the supplies they need for their classroom. (And yes, we should all be working towards a world where lists like this aren't necessary) (Reddit)

Visit the American Swedish Institute and see the imaginative and creative "The Morning Dip" exhibit. Photographer Peggy Anderson took photos of people after their ritual morning dips in the sea in Torekov, Sweden.

What a line-up at Icehouse tonight: The Veldt (a long-time "soul-powered shoegaze band that was dream pop at its core"), The Muatas (post-punk, trip hop, dark wave, shoegaze, and electronic), and DJ SELECTRRA (synthpop, darkwave, punk, hip hop and reggae).