Response to "Why is the city so committed to its status quo?" 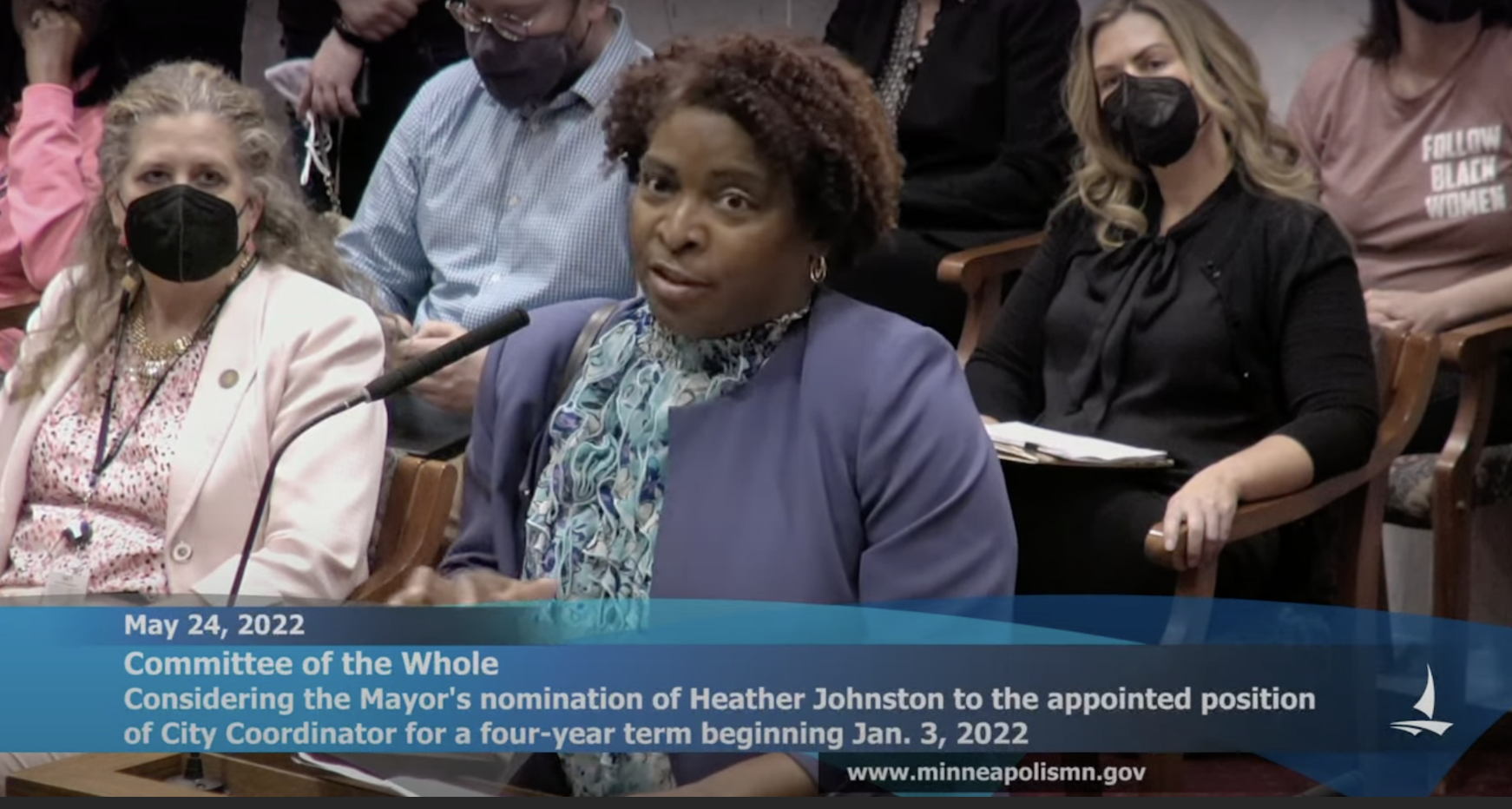 LaTonia Green speaks in support of Heather Johnston's nomination to the city coordinator position on May 24.

By Laura Russ, a Minneapolis resident

Cecilia Caspram recently wrote about Southwest Alliance for Equity and their goals to combat systemic racism by focusing on policies within the City of Minneapolis. The group's approach seems to stem from the widely discussed theories that can be found in books like "White Fragility" and "How to Be an Anti-Racist." Part of the premise of these ideas is that there is a "racist" and an "anti-racist" way to see virtually all policies and engaged citizens should act accordingly.

Like many, I've studied these authors' ideas and, like many others, have come to different conclusions even when sharing the same end goals. People have complicated views that are not easily categorized in this binary. Some of these complications can be seen in the result of actual choices people make rather than theories that activists promote.

For example, some of the highest vote counts against the police ballot question came from areas of the city with the highest rates of crime. Also, in the case of the city coordinator's position, while there was emotional testimony against the appointment, there was also emphatic testimony from people of color who testified in favor of the appointment.

Most recently, we heard the pleas from the neighbor and alleged victim of Tekle Sundberg to the people protesting his police shooting to see her pain too.

Why should these voices be glossed over?

There are local chapters of several groups that are interested in seeing people beyond their group identities and wrestling with these issues as engaged citizens. Groups like Braver Angels and Foundation Against Intolerance and Racism  share many of the same social concerns but are interested in uncovering how we can see each other as whole human beings rather than as oppressors or oppressed in a never ending power struggle that plays out in politics.

I would urge neighbors to discuss the policies and ideas that Southwest Alliance for Equity but also dig deeper and read thinkers like John McWhorter, Coleman Hughes, and John Wood, Jr.. No group has ever spoken as one. W.E.B. Du Bois and Booker T. Washington had fierce debates about the best path for Black success.

Understanding different views in good faith will lead to better policy outcomes if we see the complexity of others and make policy decisions on the merits of the arguments rather than group assumptions.