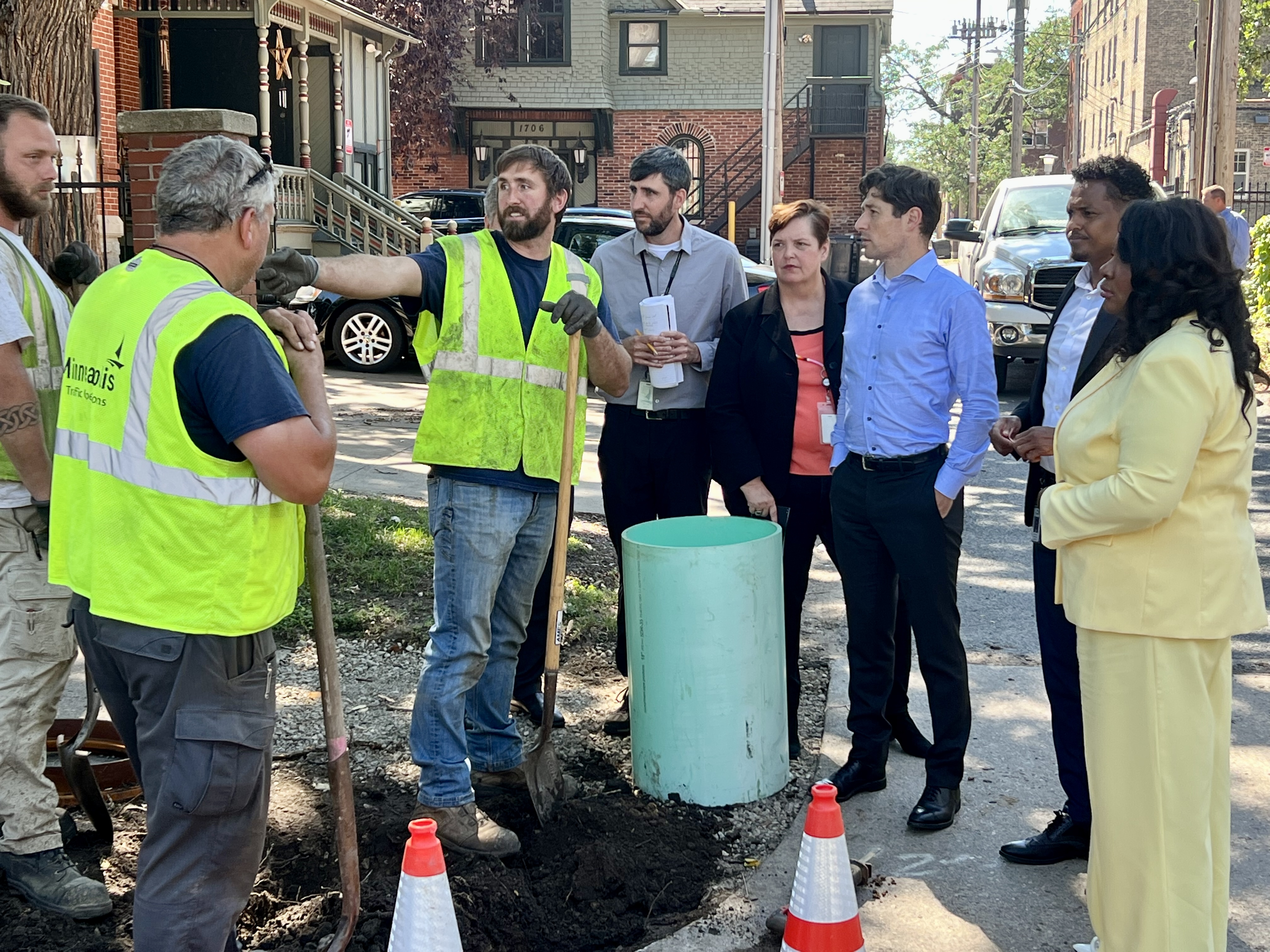 East Harriet has a tattoo shop! Anton Zolotov brought his traditional tattoo style from New York City to Minneapolis via his new shop, Tattoo Spirit. Southwest Voices visited with Zolotov and nerded out about tattoo trends and the historical significance of flash tattoos.

For the last six years, Stevens Square-Loring Heights residents have been telling anyone who would listen that the streets lights in their neighborhood needed to be fixed. Over the years, more and more street lights in the area were going out and not being fixed.

Charlie reported back in February, "In 2016, the City’s 25-year contract with Xcel Energy to provide Stevens Square with historic lighting ended. That’s when the problems really started, as the bare wiring that was put into the ground for the lights had worn thin. The whole system will likely have to be replaced at some point. In 2019, the City promised that work would be done by the end of 2021. It was not."

Earlier this year, Ward 6 Councilmember Jamal Osman secured $150,000 for lighting repair. Residents reported not seeing much difference once that money was secured.

Stevens Square-Loring Heights residents were also sent a petition to sign to show their support in getting their historic  lights fixed. Only 21% of the 411 petitions sent out were returned. That wasn't enough for the City to get the lights fixed. At most, "the City would explore lighting mounted to Xcel wood poles meeting the City standard for residential roadways, leaving the historic lights permanently broken," a City spokesperson said. "In March, the City coordinated with Xcel, for Xcel to repair 6 lights. The City is continuing discussions with Xcel for the remaining lights that are out."

Residents were feeling like they were getting the runaround.

So, imagine everyone's surprise when yesterday Mayor Jacob Frey announced a proposed $9 million investment in street lighting replacement over the next two years. It's happening! We'll stay tuned to this one to make sure they follow through for the neighborhood that's gone without basic lighting for far too long.

Last night, the Minneapolis Public Schools school board's Finance Committee met and received a timeline update about how the district is using its ESSER funds. The federal government gave these funds to school districts around the country to help mitigate costs related to educating children during the pandemic.

Melissa Whitler has reported on the district's ESSER funds and how those dollars are being used here, here, and here.

The Fostering Higher Education Act passed last year in the Minnesota legislature, which gives grants to foster youth to attend college. Read how this grant is impacting foster youth in Minnesota. (Sahan Journal)

Workers at a south Minneapolis Starbucks went on strike yesterday. Yesterday was also the nationwide launch for pumpkin spice lattes, typically one of the biggest sales days for Starbucks. Welp, not at that location. (Minnesota Reformer)

A Best Buy worker caught on pretty quickly that a woman trying to open up a credit card account under the name "Linea Palmisano" was not in fact City Council Vice President Linea Palmisano. (Star Tribune)

Thanks to a tip from an Axios Twin Cities writer, Uncommon Grounds' Chai Chill is "better than a milkshake." The coffee house has been acknowledged for its high-quality chai for years. (Uncommon Grounds)

Southwest High School families: tonight is your open house from 4- 8 p.m. The new principal will be there to talk with students, too.

Both the 32nd Street and Thomas Beach at Bde Maka Ska are closed for the week due to high E. coli levels.

Primitiva is hosting Crystal Magic 101 at 7 p.m., where you can learn where crystals come from, how they “work," how to choose your crystals, and how to use them for practical, spiritual, and energetic healing purposes.