How the Minneapolis Police Department can shrink while their budget grows 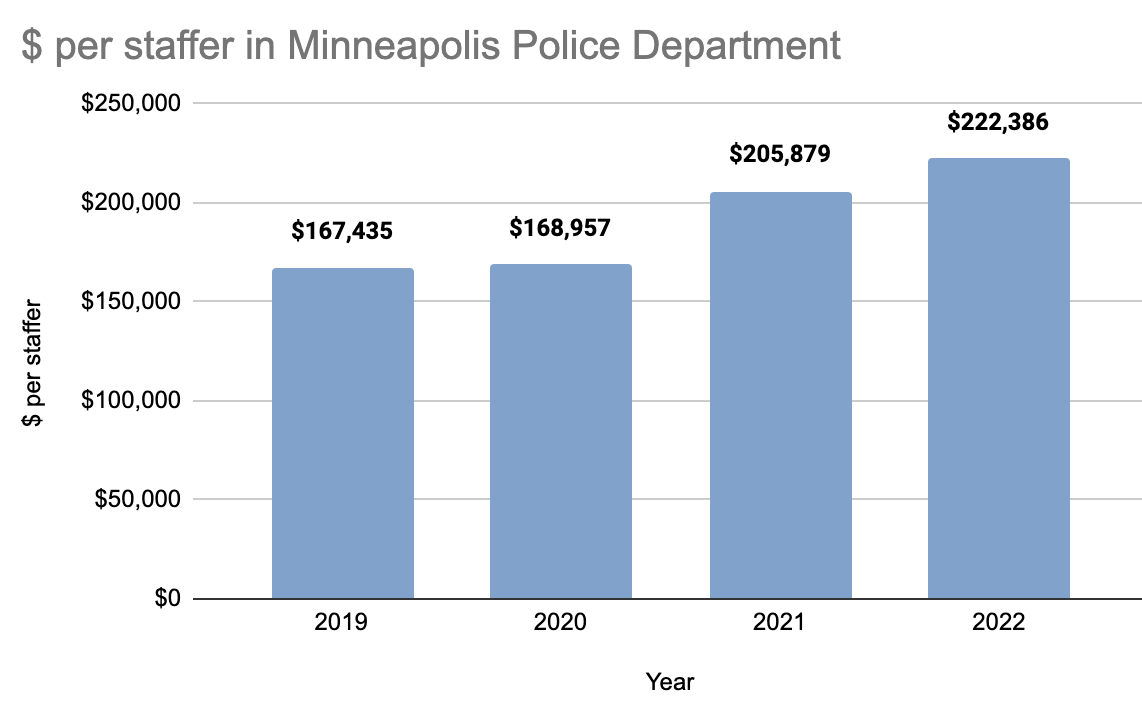 Before the city's last public budget hearing kicks off tonight, we wanted to jump into a much-discussed part of the budget – the Police Department. Here's some information on how to watch when the hearing kicks off at 6:05 PM tonight. You can sign up to speak here up until 3:05 PM (three hours before the meeting).

The upshot is that the city will be budgeting more money for fewer Police Department employees than we did in 2019.

First, the topline: the Department's budget is increasing by about $27 million this year. Quick note: the budget tool at that link doesn't include vacation, sick pay, or leave for the 2021 or 2022 budgets, as they are all added as actual amounts after the year, but estimated budgets including those items in 2021 and 2022 are below:

This proposed budget increase would take the department from 866 to 926 employees (a number that includes officers on the street as well as desk jobs, administrators, etc.), which is still fewer staff members than the department had in 2019 as it continues to dig out of the hole created by the mass retirements in 2020.

The 2019 budget covered 1,082 department employees for $181 million, while the 2022 budget will cover 926 employees for roughly $206 million. That means that in the last couple years, the city has gone from paying $167k per Police Department staff member to $222k per staff member.

So, why did this happen? Let's dig into the three sections of the budget that had the largest increases from 2019 to 2022:

There are other line items that have ticked up by smaller amounts, but those three make up about 75% of the total increase since 2019 by themselves. The first two, in particular, are a direct result of the wave of mass retirements that hit the department in 2020 and the efforts to replace them. Dig in to the numbers for yourself here.

Once again, here's how to watch the budget hearing tonight at 6:05 PM tonight. You can sign up to speak here up until 3:05 PM (three hours before the meeting).