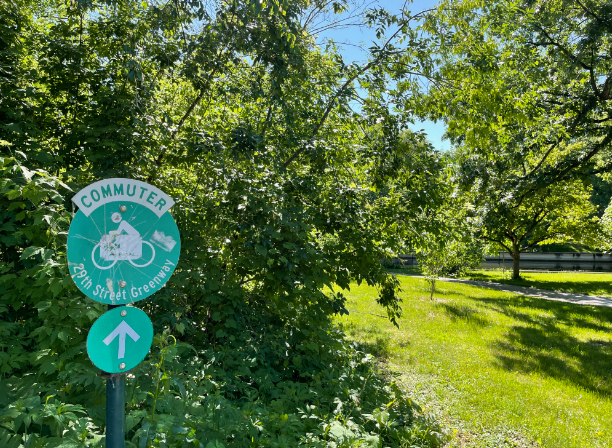 That's a lot of green

Melissa's latest piece covered the last School Board meeting of Superintendent Ed Graff's tenure. From that piece: "The budget includes a $90 million gap between revenue and expenses that the district will close with a combination of cuts to administration, one-time federal COVID relief funds, and use of assigned fund balance." The district will also be piloting a new math curriculum, with pilots starting in 2023 and full implementation starting in 2024.

The Board has two student representatives on it, and one of the most memorable portions of the meeting came from one of them, Kennedy Rance. She will be leaving the board as her family moves out of state. She shared a story about dealing with racism and bias at Southwest High School. Her statement can be viewed here.

Late Friday night, the mayor vetoed the Hennepin Ave. South redesign plan that passed and included the 24/7 rapid bus lanes. Here's a copy of his veto letter and an audio recording (done by a resident, not the mayor). In the letter, he specified his opposition to having 24/7 bus lanes, and sent the plan back to the Council.

From here, the council can either pass a new version of that plan that the mayor will sign-off on, or attempt to override his veto. The original plan with the 24/7 lanes passed the council by a vote of 8-5, and a veto override would require nine votes.

The Minnesota Supreme Court ruled yesterday that the City Charter mandates that the city employ a minimum number of police officers based on the population of the city. Right now, that number is 731, which is a bit more than 100 additional officers than we have today according to the latest estimates. The city fell below that number after 300 officers left the force in the last couple years.

The court ruled that the City Council has fulfilled its obligation to fund a minimum number of positions, but they went a step further in saying that the mayor must either literally hire them or prove why the city cannot. The city attorney has argued that the city is hiring "community oriented peace officers as quickly as reasonably possible."

The city now has until June 30 to hire the minimum number of officers, and if it cannot, it will have to prove to the court why it couldn't, and it's unclear what punishment the court would be impose if that happens. The only other way to dodge the mandate would be for the council and mayor to update the City Charter and remove the language around the staffing requirement, which would take an unanimous vote.

Removing the staffing amount language was part of the package that Question 2 would've changed, had passed last November.

Do you have too much rhubarb in your garden? Trade it in for pastries from Laune Bread. (Racket)

Yellow Dog Collage created some awesome postcards of Southwest Minneapolis landmarks. You can get them at their pop-up on Sunday at Blank Inside in Whittier or on their website beginning next Monday. (Instagram)

The new temporary skate park will begin to take shape this week in a small section of the North Parking Lot at Bde Maka Ska. We'll check in in a couple weeks to see where it's at.

The Minnesota Department of Natural Resources offers classes that can teach you how to paddle canoes or kayaks if you want to learn.

The Theater of Public Policy presents "Reconnect Rondo" at Bryant Lake Bowl tonight. "The decimation of the Rondo Neighborhood by the construction of I-94 tore apart one of Minnesota’s most vibrant African American communities. What if you built a LAND BRIDGE over the highway to both physically and culturally rebuild Rondo? Could it help reunite a community and close some of Minnesota’s deep racial divides?" These questions + improv comedy. You can get your tickets here.

Speaking of Rondo, go see a free screening of "Rooted in Rondo" at CHS Field on Wednesday night. The film is a youth-produced short film documentary and audio piece that explores the histories, legacies, and future of Saint Paul’s Rondo neighborhood. Rooted in Rondo tells stories from this historic Black neighborhood, pre- and post-construction of Interstate 94.

Next Tuesday, go see The Beautiful Ugly performed by the cast of the Legacy Arts Group, including North High (recent) alum, Mosiah Thomas. June 28, 6:00 p.m. at North High Auditorium. They'll be taking the show to Scotland this August.