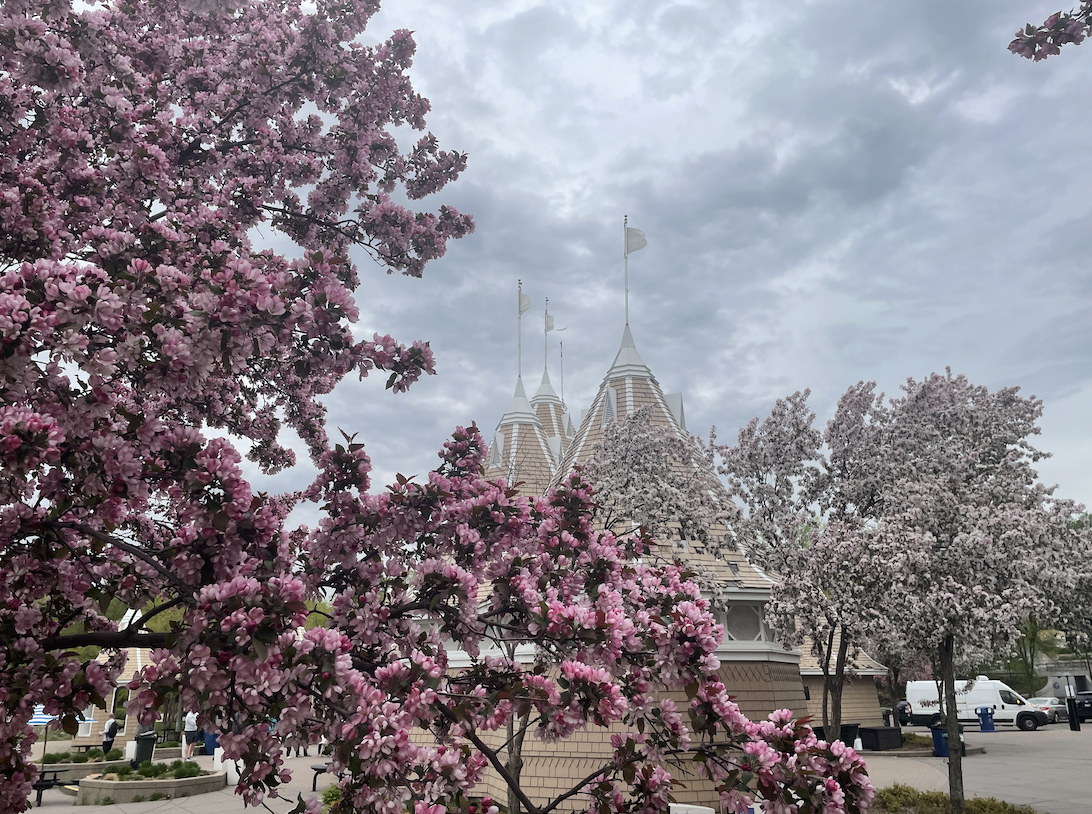 Flowering trees next to Lake Harriet

Music in the Parks is back starting on Monday, with Top Shelf and Big Mike’s Retro Soul & The Westside Horns both playing at The Bandshell. Here's a full calendar of the summer's events, including the Movies in the Parks schedule, too.

If you can't wait that long, tonight the Southwest High School dance group will be performing at the Bandshell at 7 p.m.

As we wrote about earlier this week, Monday's Planning Commission meeting included a discussion of developments at 7 Points (which now includes a "neighborhood market" from Ann Kim instead of a grocery store), a new structure in Lakewood Cemetery, and a potential development next to Karmel Mall.

The City Council meets this morning at 9:30.

On the very full agenda:

Voting on the appointment of Interim City Coordinator Heather Johnston for a 4-year term. Here is a quick look into why Johnston's nomination by Mayor Jacob Frey is contentious.

$73,020 to pay Jaleel Stallings' attorney fees and costs (here's why) and a settlement with a downtown parking lot owner that will save them more than $50,000.

They'll also be discussing the appointments of Bryan Tyner as fire chief, Barrett Lane as director of Emergency Management, and two appointments to the Civil Service Commission.

They'll also be discussing an amendment from Michael Rainville to expand the definition of pedicabs to include some vehicles with electric motors.

The meeting will end with a closed session about a couple more settlements, including one with Linda Tiradao, who was blinded in one eye by police officers while protesting George Floyd's murder,

Notably, it appears that the Hennepin Avenue South redesign discussion and final vote will not take place today and will be pushed to June. We wrote about it last week if you want to catch up.As always, you can watch the meeting on Comcast channel 14 or 799 or the City's YouTube channel. You can submit written comments about agenda items to: councilcomment@minneapolismn.gov.

‍
Counseling positions at Southwest High School are on the chopping block heading into next year. (Minn Post)

It's a good weekend to check out Bebe Zito. On Friday, they're releasing a flavor topped with a tiny Eggo Waffle, and they're hosting a Bobs Burgers-themed pop-up on Sunday and Monday. (Instagram)

p.s. if you don't know Bob's Burgers, it's an animated show on FOX aaaand a movie! "The Bob's Burgers Movie" is in local theaters now.   Tina's the best character, and if you disagree, you are wrong (Melody chiming in: yeah, seriously. Tina 4 LYFE).

Here's more coverage of the city's indecision over whether to make Hennepin Avenue South bus lanes 24/7. (Bring Me The News)

A map of fun stuff to do around Minneapolis in 1940. (Reddit)

If you're a new neighbor or renter in Kenny, check out the free dinner tonight in Kenny Park from 6-7:30 p.m.

Do you have a Minneapolis Public Schools student that's planning to ride the bus next year? Make sure to fill out this form or contact their school by May 30.

If you still need your COVID booster, the Aliveness Project is hosting a vaccine clinic today.

Today is day two of the Minneapolis Documenters training. Learn how to cover public meetings and get paid for it. We love the Documenters program and think you will too!

The Granada Theater is hosting Welcome To Thailand, an event featuring Thai dancing, a mini market, drinks, and more.

Go meet some adorable pit bulls and help support pit bull rescues when you a buy a beer at Lakes & Legends.

Go see Liz Larner's "Don't put it back like it was" at The Walker.