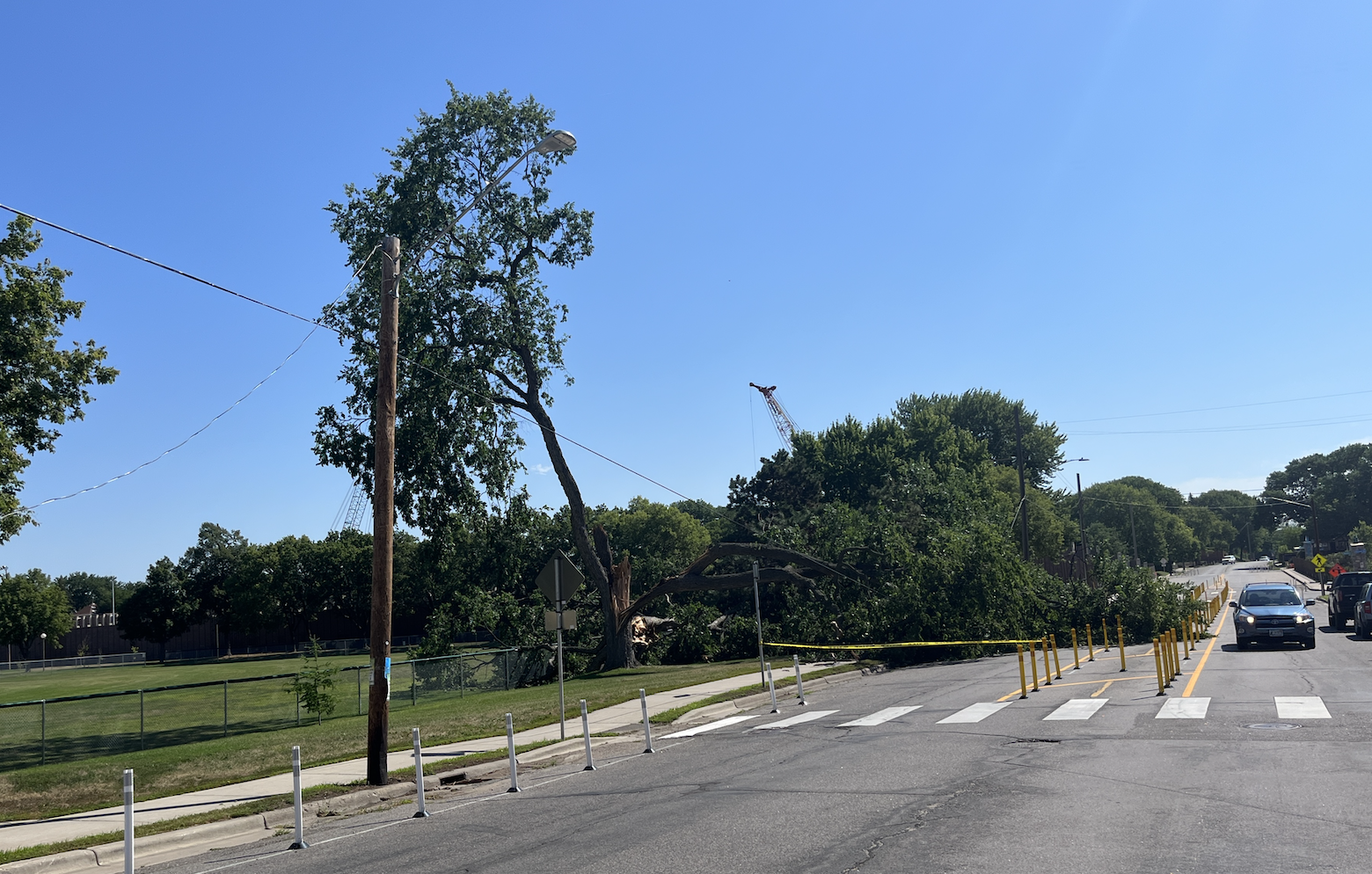 An American Elm takes up a whole lane on 42nd Street after a severe storms swept through Kingfield on Tuesday.

We're trying something a bit new, and we want to know what you think. We've loved putting together our voter guides (here's the one we did for the Hennepin County Attorney race again), but there is one thing they miss – why are people supporting individual candidates? Instead of sitting around and deciding on our endorsements, we'd rather publish some of yours.

Is this a good idea? We don't know! But we'd like to hear from you about what you think about this approach, now and in the future. Want to write your own reader endorsement for a candidate that we didn't include? Shoot us at a note at info@southwestvoices.news or text us at 612-204-2887 and let's chat.

The City Council meets today at 9:30. Here's the full agenda. The full Council will be approving committee work, which includes the nomination of Cedric Alexander at the new Commissioner of Community Safety and the new Hennepin Ave. S. layout.

A couple more bits of committee business that will be brought to the full council today:

On Friday, Donald Trump will take the stage in Wisconsin with his endorsed candidate for governor of Wisconsin, Tim Michels. Michels has put millions of dollars of his own money into the race. Why are we sharing this? Because a portion of Michels fortune has come from Minneapolis taxpayers, through contracts his family's company has with the city of Minneapolis.

The city is digging a tunnel to help funnel rainwater into the Mississippi River. Here's what it looks like inside the tunnel. (Star Tribune)

Cedric Alexander gave testimony to the U.S. Senate about improving police community relations back in 2015. (CSPAN)

A great photo of lightning in Loring Park. (Reddit)

Mayor Frey signed an executive order that limits city employees from assisting other jurisdictions in prosecuting people that come to Minneapolis for abortion services. (Star Tribune)

The Lynnhurst Summer Festival is tonight! Check out the event at 5:30 at Lynnhurst Field. Food, drinks, games, and if you need to convince your kid, there will indeed be a fire truck.

See if you qualify for Metro Transit's $1 rides.

Bde Maka Ska's 32nd Street Beach is still closed because of a high level of E. coli in the water. You can check on the status of the city's beaches here.

A large tree was severely damaged during the storm early Wednesday morning. The tree fell into 42nd Street, just south of Dr. Rev. Martin Luther King Jr. Park. The picture is above.

Don't miss the Lynnhurst Summer Festival (scroll up if you missed it).

Today is night two of "Fast Times at Ridgemont High," at the Walker. It will be playing through Friday.

Up-Down is hosting an Emo Takeover as Emo Night Nashville comes in as part of their Midwest tour.

Are you Crazy for Swazey? Ask your doctor if you should check out this event at the Parkway Theater tonight.

Check out Music Thursdays at the American Swedish Institute at 6 p.m.