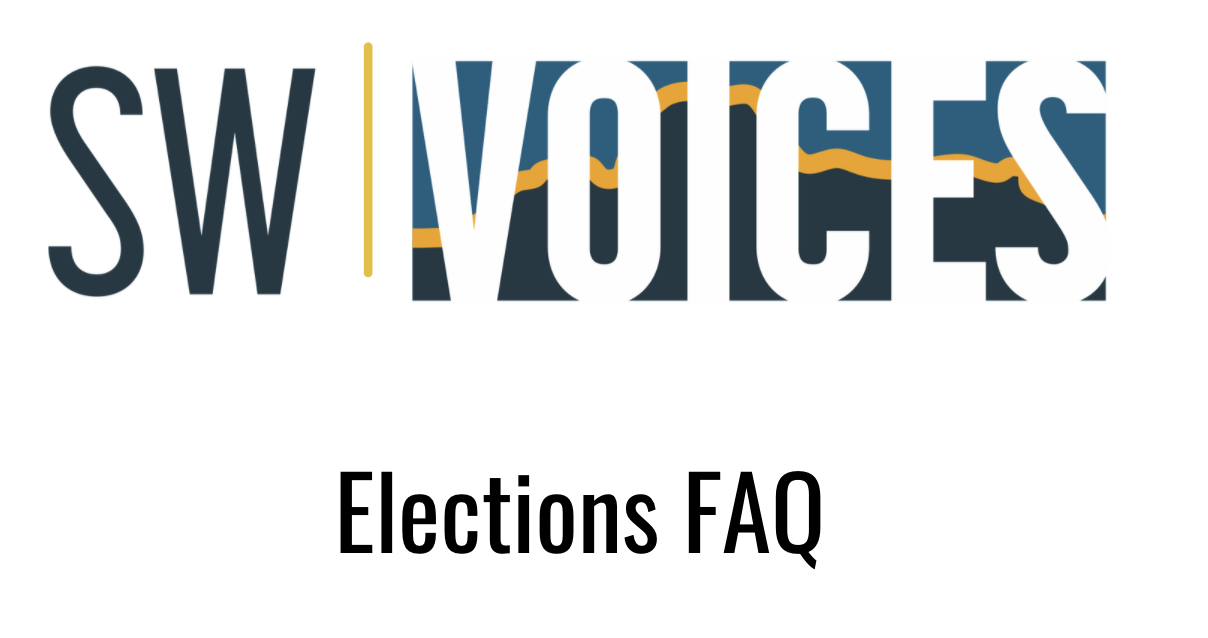 We answered a few of the question that readers sent our way. Have anything else you want to know before you vote? Shoot us a text at 612-204-2887 and we'll try to answer them and/or add them here.

This is an excellent point, and one that often gets lost in election-related conversations at the city level. The reference to the city backing off of its plans is a reference to several components in the Minneapolis 2040 plan, which is supposed to be a guiding document for planning and development in the city but is often shelved in the face of local opposition. The plans themselves tend to be very aggressive on fighting climate change, but things often get held up in the implementation.

If you want to take a look yourself, here’s a calculator where you can figure out how many emissions are created by adding a lane for vehicles to a street (in Hennepin County, for example, an additional lane of traffic running for 10 miles results in 30-45 million vehicle miles traveled).

While we can’t provide this for every race, you can find a version of this for the SW Park Board races and Board of Estimate and Taxation races here.

In the Mayor’s race, MPR asked a bunch of smart questions of the leading candidates, the League of Women Voters put together a guide featuring the candidates describing their views in their own words, the Reformer put together a good guide on how they feel about the “strong mayor” amendment, Axios did a good one on their views on the “rent control” amendment.

In the Council races, the League of Women Voters (LWV) put together a guide from Council candidates talking about their plans in their own words, and Community Power put together a good voter guide focused on climate and energy.

LVW hosted candidate forums with the candidates across the city, including Ward 11, and Ward 13.

We broke down a Ward 10 candidate forum on public safety here, and the candidates participated in others on small business recovery and infrastructure.

Ward 8 and Ward 7 are also in our area, but neither incumbent has participated in recorded forums with their opponents. In Ward 7, Lisa Goodman’s opponent Nick Kor has been highlighting her lack of participation in forums in ads on Facebook. In Ward 8, Andrea Jenkins’ opponent Bob Sullentrop, a Republican, has a pretty limited campaign footprint.

Our Park Board voter guide is here. That’s a good place to start.

It's helpful to keep their full name in mind when thinking about what they do: The Parks and Recreation Board. So, the parks piece includes all of the things you'd typically think of as a park (grass & trees with a community center, baseball fields, tennis courts, etc.) as well as parkland (think about the areas around the lakes, lining the creek, along the river, etc.). It's a ton of land. On the recreation front, it's everything involved with youth (and adult!) sports in the city, from the facilities to the teams to the coaches and everything in-between.

The Park Board figures out how to raise funds for their projects by proposing an addition to your property taxes. Then, they manage the maintenance of existing parks, help build new parks and projects, manage parkland the city owns, and run the recreation programs. They just passed a "Neighborhood Park Plan" that really concisely lays out what they're going to be working on in the years to come that could make for helpful reading if you want to go deeper.

This is a good question, and one that Council Members have been asking as well (here’s video of both Cam Gordon and Lisa Bender on separate occasions). The City Attorney so far has been unwilling to weigh in on Question 1 (aka the “strong mayor” charter amendment).

Both Kate Knuth and Sheila Nezhad are supportive of the public safety amendment, and both have detailed plans on their website about what they would do if they go elected and it passed. You can find Kate’s here and Sheila’s here.

We’d refer you to the voter guides and forums shared in question 2 above, but would especially highlight the  Ward 10 candidate forum on public safety here.

The city keeps a really helpful detailed record of this on their website.

These are all very good points, and it’s been one of the most frustrating things about this campaign cycle. There are very big, very important issues that are getting swept under the rug. Public safety is super important, but it has dominated the vast majority of the conversation, and there’s been a lack of discussion around major issues like housing, schools, and environmental/quality of life stuff like lakes and parks.

There’s not enough time left to dive into all of it, but I share your frustration here and can promise that we’ll approach the next election with a full plan to make sure this stuff doesn’t slip again.

People can rank their ballots however they’d like, but everyone should know how it works.

The only thing that happens if you leave your 2nd and 3rd slots empty is that your vote is eliminated immediately if your candidate isn’t viable. There’s no benefit to your or your favorite candidate in leaving those slots blank. However, if you only want to vote for one or two candidates, you can and should obviously do so.