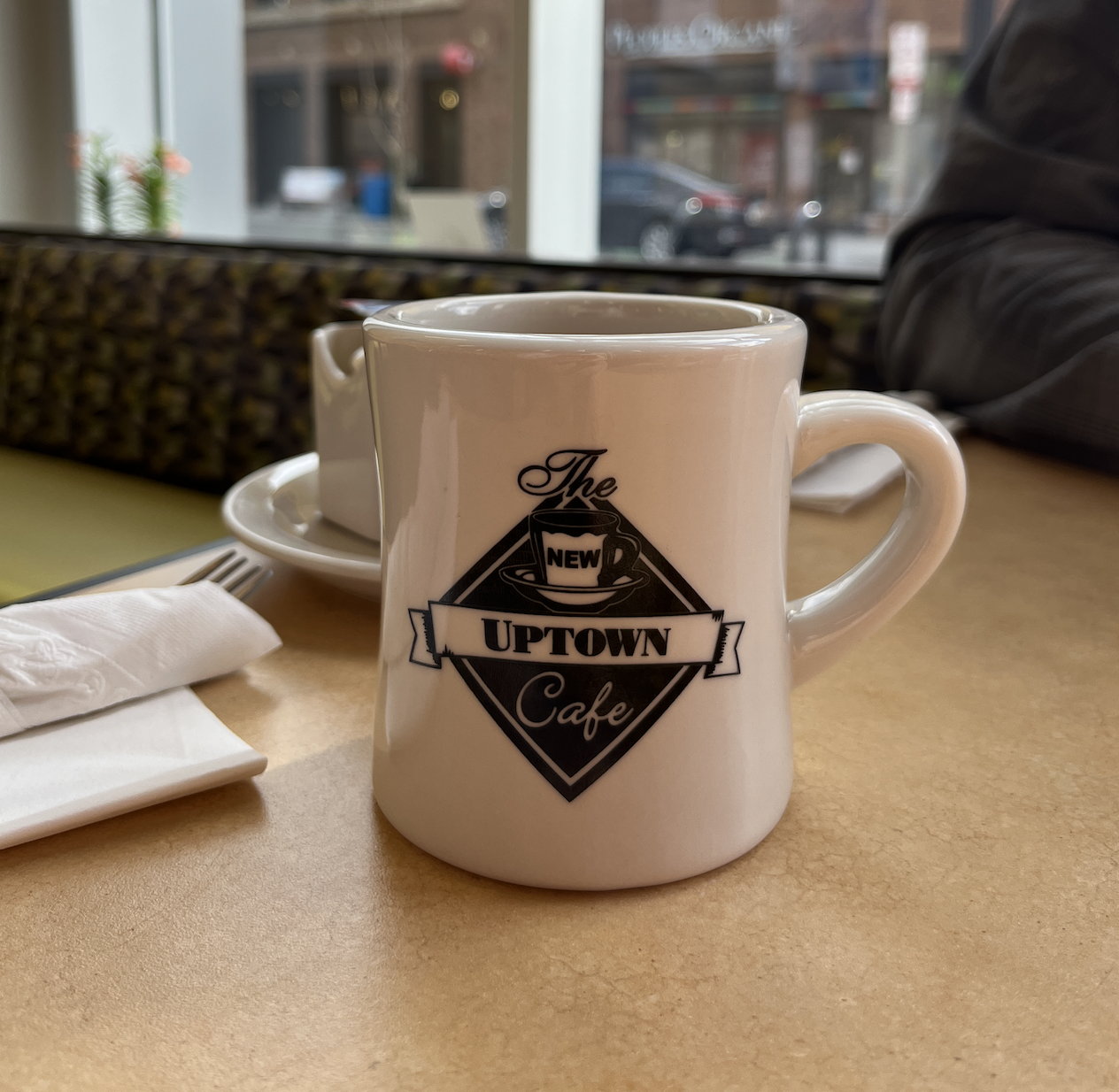 Attention Lyndale neighborhood and beyond! 📣

We are stoked to be attending the Lyndale Neighborhood Association Earth Day Pizza Party tonight at Zion Lutheran Church from 6-7 p.m. Sign up to chat with us here.  🍕🌏

If you've been wanting to try out a new dinner spot, may we recommend Apoy? Anna spoke with Sherwin, the co-owner of Apoy, Kingfield's very own Filipino restaurant. Psst...it's also apparently home to some killer karaoke.

The New Uptown Cafe joins Wrecktangle in opening its doors in South Uptown. Conveniently/strategically, I was eating at the diner right before the ribbon-cutting ceremony began. The cafe's sister-restaurant, The New Uptown Diner, sits a few blocks north on Hennepin Avenue South.

At last week's MPS School Board finance committee meeting, the district's financial staff said that the bargaining agreement reached with MFT 59 teachers and ESPs will cost $53.5 million. This week we updated Melissa's  article to include her interviews with School Board Director Kimberly Caprini and Chair Kim Ellison.

“I knew it was going to be a heavy lift,”  Caprini said about the announced costs. “I firmly believed that [teachers and ESPs] needed an increase. But I was shocked when I saw the final cost.”

This was the first MPS school board meeting not livestreamed in quite some time.

Becky Z. Dernbach's article on the Minnesota legislature and education funding tries to answer the billion dollar question: if Minnesota has a surplus, why is it so hard to get Minneapolis Public Schools adequately funded? (Sahan Journal)

Mary Lucia is leaving The Current as one of the most popular radio DJs in Minneapolis. (WCCO/The Current)

Today at 1:30 p.m the city's Public Health & Safety Committee meets. On the agenda is an "update on the progress of various pilots and implementation projects for unarmed public safety alternative responses." The project reports can be read in full here.

At 5 p.m. the Park Board meets. The board's Administrative & Finance Committee is considering a repeal to the resolution on limiting the use of and collaboration with the Minneapolis Police Department.

There is a virtual open house tonight at 5:30 p.m. about the Lyndale Avenue South restriping pilot project. You may have seen some related road work started yesterday on Lyndale between 25th and 27th Street.

‍Melody here with a curated Southwest-specific outing to celebrate April 20.

Take a walk around South Uptown and the Lyndale neighborhood, listening to "Untold Highstory," a podcast about women's history. Produced and co-hosted by Liv, a barista at Third Space Cafe.

At Third Space Cafe, they are offering a April 20-themed drink. I know it involves hemp milk and a CBD treat on the side. Everything else is unknown until you order one.

Directly next door to Third Space is Legacy Glassworks, a head shop. The owner of Legacy is also a major player in the LynLake Street Art Festival. More on that soon...

And last, but absolutely not the least, is Wrecktangle's grand LynLake opening, a mere half-block down from Third Space. Don't show up until 4:20 p.m. though. That's when they open.